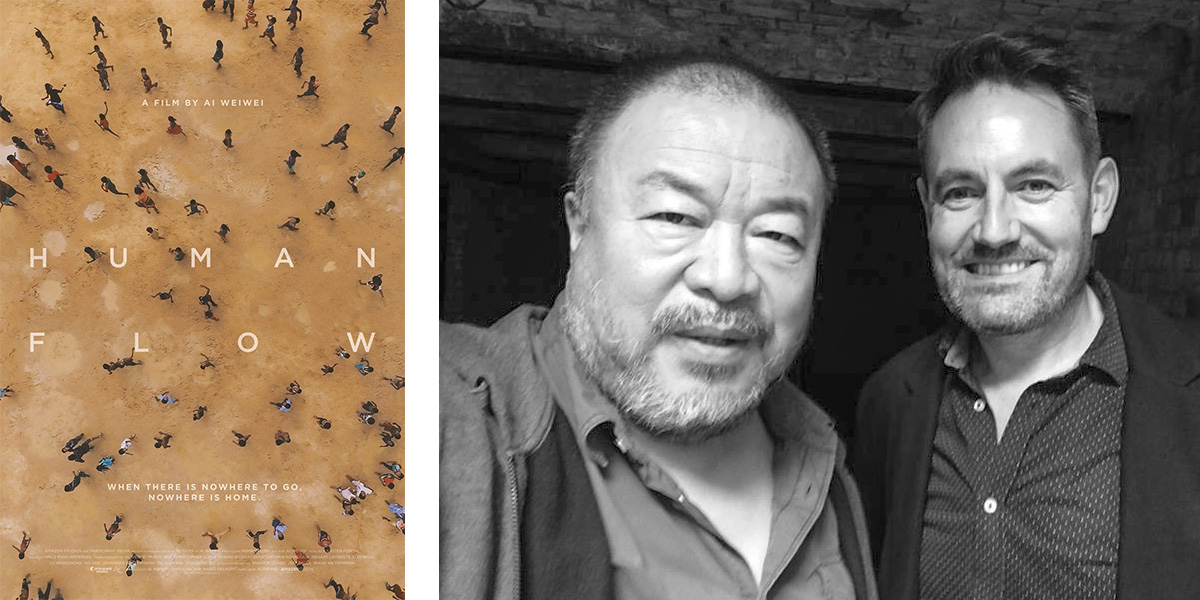 In 2016 and 2017, Tim worked as a writer on a major documentary about the global refugee crisis called Human Flow, co-produced and directed by the acclaimed artist and activist, Ai Weiwei. The film was shot in more than 20 countries and has been described by Ai Weiwei as “a personal journey, an attempt to understand the conditions of humanity in our days.” The film was shown in competition at the 74th Venice Film Festival and shortlisted for the Oscars. It was described in the Guardian as “ambitious, humane and often shocking”.